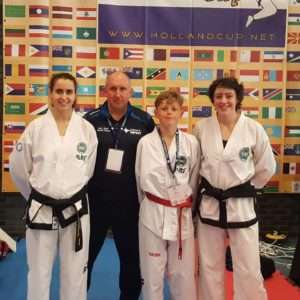 A small squad from Brighton & Hove Taekwon-Do made the trip to the small town of Delft for the Holland Cup.

Two female black belts, Safae Raman and Esme Anderson and one junior red belt, Alexander Riley. The field at the Holland Cup is always the highest quality and this year pretty much all of the Dutch female national team were there to compete against Europe’s best and even some top quality competitors from further afield including the USA and Japan.

All of the Brighton competitors gave very good performances in patterns and sparring and I was very proud of all of them. At this level to be there and compete and give your best deserves its own recognition. 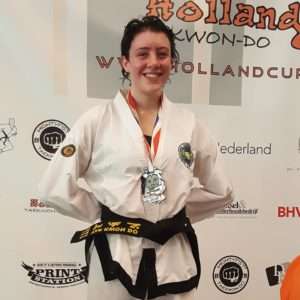 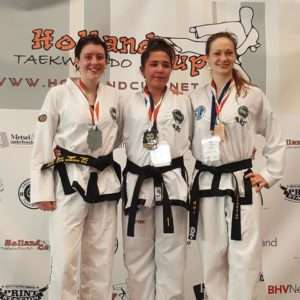 Esme fought through to the final and then in the final took a very hard turning kick to the head that seriously dazed her. Esme managed to recover within the medical time out to finish the bout but after the kick to the head was not going to push through to lead and had to settle for a silver medal.

Safae after having gone out against a national team member in her first round of her weight event won through a comfortable round in the overall sparring, mixed weight event but met another national squad member in the next round.