Recently I was lucky enough to attend the ITF Fight Evolution Summer Camp run by Oleg and Katya Solovey in the Carpathian mountain range in Ivano Frankivsk, Ukraine. 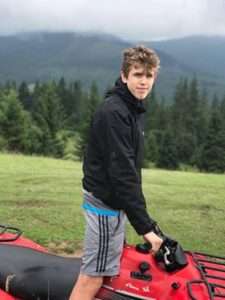 Katya is a 9 x European Champion and 2 x World Champion and Oleg is the current Ukraine National team coach and one of the most successful coaches of all time, training 10 different European champions and 5 different world champions. 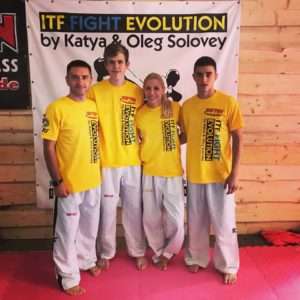 Each day began with either a 6 o’clock uphill 10k run through the Carpathian Mountains at high altitudes or an hour of crossfit (an extremely high intensity body weight only workout). 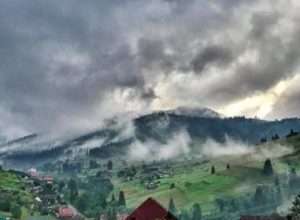 During the day, I participated in high intensity training sessions that lasted an hour and a half and involved hard drills, intense cardio workouts and strenuous pad work using resistance bands. Before dinner each day there was an opportunity to spar with some of the other participants many of which were European and world champions. One of which was Oleg and Katya’s son Vitalii Solovey a 2 x European champion and 2 x World champion. 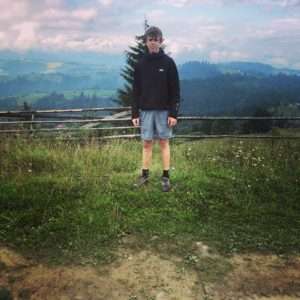 As well as an opportunity to further my skills the camp also offered many opportunities to bond with fellow athletes from around the world with a 2-hour quad biking session through the mountains and an excursion to the tallest mountain in Ukraine “Hoverla”. 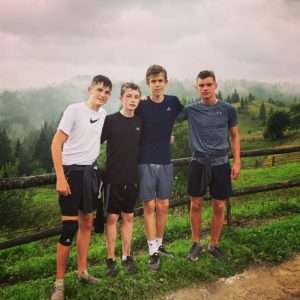 There was a row of wooden cabins which were shared, 5 people to room where you really got to know the people who were also participating and make friendships that will last a lifetime. At the end of the row there was an ice-cold pool which we made use of after every training session.

I feel that the experience of attending this camp has helped me to develop my skills in Taekwon-Do but has also enabled me to establish many strong friendships with fellow fighters from all around the globe. I would thoroughly recommend it to anyone.